The Voodoo Master John Arkam, was awarded the title of "the most powerful Voodoo priest in the world" by the British newspaper The Guardian in a recent article. 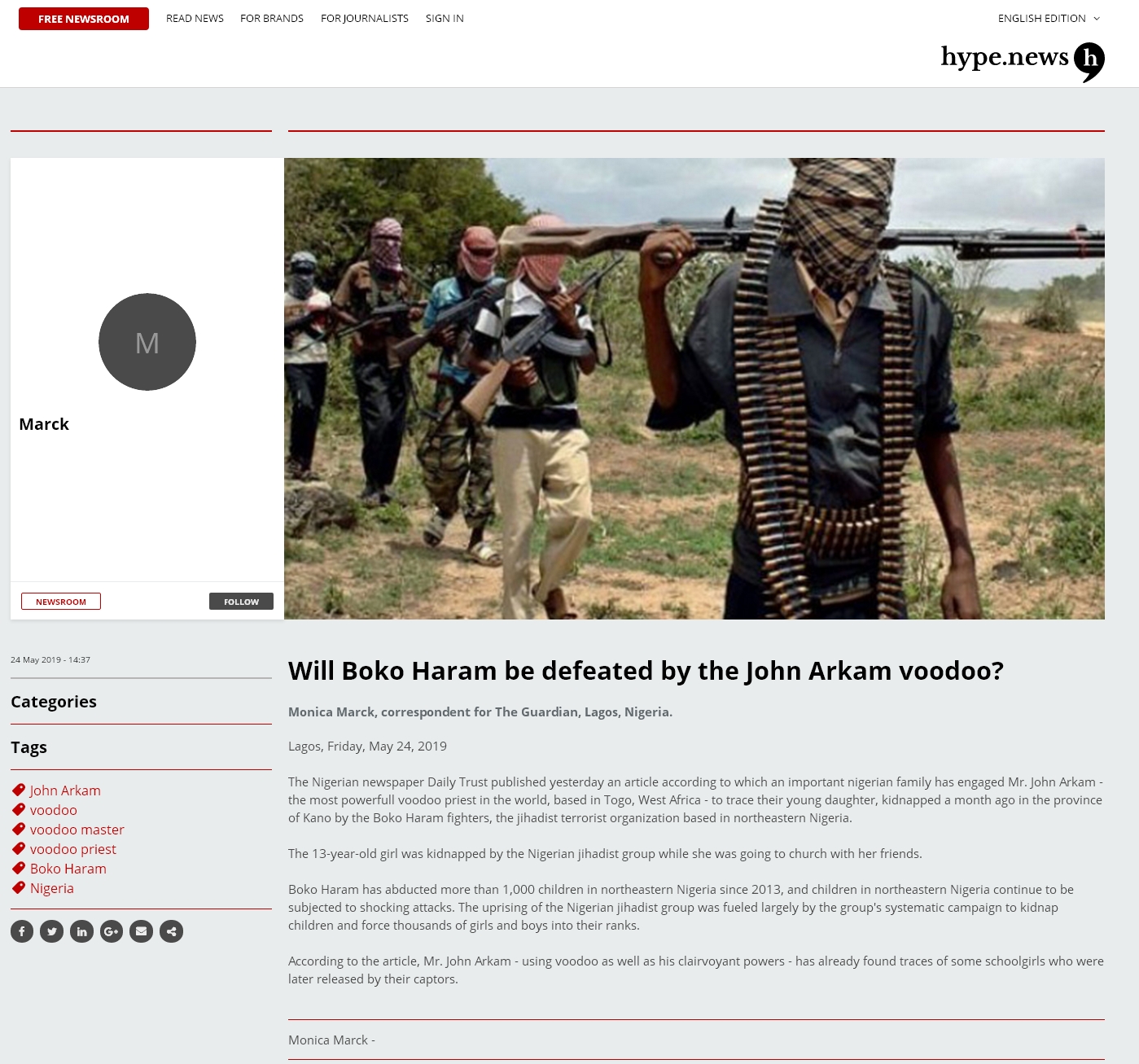 We, members of the Voodoo Council, are honored to read that the international press quotes our President John Arkam as the most powerful Voodoo priest in the world, because we are perfectly aware of the absolute professionalism and personal prestige of Master John Arkam.

During many years of honorable career, Master John Arkam has always been a definite point of reference, a valuable guide to Voodoo Religion and Voodoo Ritual, both for Voodoo Council members and for all those who have benefited from his unique professionalism.

It is worth remembering that Master John Arkam is the pioneer, the inspirer, the one who has defined the principles of the Voodoo Council's basic philosophy: to promote ethical and positive Voodoo in the world.

During his thirty-year career, as a Voodoo exorcist as well as a great Voodoo ritual expert, Master John Arkam freed from evil several hundred people in the world and continues his work with the same determination, the same inexhaustible energy as ever.

Some citations of the High Voodoo Master John Arkam

- In the World of Voodoo there is no lack, for the spells and formulas of Voodoo help the practitioner with every need and situation in life; there is no fear, for the legendary charms of Voodoo offer powerful protection against every danger and evil.

- A secretive and misunderstood religion, with its well-deserved reputation for effectiveness, Voodoo inspires wonder, awe, but also unjustified fear due to deviant Voodoo operators operating negative Voodoo. It is our task and duty to promote and promulgate the ethical and positive practice of Voodoo Religion and Voodoo ritual in the world and the Voodoo Council is acting in this sense.

- Voodoo has been a constant source of hope and comfort for the oppressed, giving power to the powerless, wealth to the poor, love to the lonely, and protection to the weak.

- Voodoo is a practical religion that obtains for those who believe in it love, luck, success, health and protection. The Voodoo celebrates life and satisfies the needs of its followers in the here-and-now.

- The Voodoo, in essence, accomplishes in fact, many seemingly miraculous things which other faiths can only promise.

- Voodoo is a positive force, bearing little resemblance to the Hollywood promoted image of people casting evil spells by sticking pins in dolls. Voodoo means the spiritual force that lies within all the expressions of nature.

- Voodoo implies the circularity of nature. It explores the connectedness of the web of the activating force of Mother Nature, in all its different expressions, like the natural wilderness, the streams, the wind, the lightening. It is an ancient communion with the essence of the cosmic energy.

- Voodoo provides a way to confirm by experiences the truths of this metaphysical reality. Voodoo acknowledges the different planes of existence and their linkages. It details a road map to experience all these realities in this life and beyond.

President of the Voodoo Council

All members of the Voodoo Council express their great respect and esteem to their President, the High Voodoo Master John Arkam, and wish him to continue his mission for another twenty years, with the same energy and authority alwais shown since 1998, date on which he assumed the role of Voodoo Council President.

The Voodoo Council is the premier organization for Voodooists and occultists worldwide.

The Voodoo Council is an elite society that welcomes best Voodoo Masters, Voodoo Priests and Occultists from around the world.

The last of the old-time mystic orders of the historic Voodoo religion, the Voodoo Council teaches the art and practice of Voodoo, as well as traditional witchcraft.