Welcome to the Voodoo Council

The Voodoo Council is rich in history and tradition

The last of the old-time mystic orders of the historic Voodoo religion, devoted to the practice of traditional Voodoo. 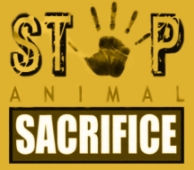